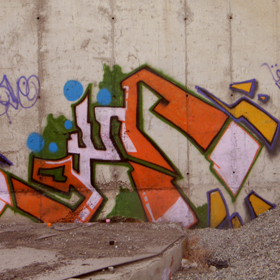 Credit: Street art in Tehran, Iran with the word "Love," (ashq) in calligraphy by Cave2, photographed by the artist at http://www.flickr.com/photos/cave_cave/6061589846/in/[email protected]/

In the Country of Men: a Novel
by Hisham Matar

The most recognized narratives of the Islamic world often come to Westerners in the daily news. The drama of conflict, chaos, and war abruptly arrives in the morning newscast or paper along with the toast and coffee.  But the “news” gives us scant details about how people live their lives in Islamabad, Fez, Cairo, or Tehran. The human experience—loves, losses, births, deaths—is the currency of the novel, the memoir, the personal history. These stories can provide the riveting and recognizable details of falling in love, coming of age, navigating irreconcilable loss, or making difficult choices.

Understanding and examining Islamic culture through memoirs and fictional works can bring a new awareness of our shared values and difficulties, as well as our shared successes. Islam as a religion often fits into these stories’ plots in the way that a local church community might play a role in an American work of fiction.

The novel is a relatively recent addition to the literary tradition of the Arab and Islamic worlds. Poetry, an ancient art, is much more revered—as are other modes of storytelling, some of which we explore in “Literary Reflections.” Still, the novel produced the first Muslim winner of the Nobel Prize in Literature, 1988 honoree Nagib Mafouz of Egypt, and in more recent decades a legion of writers producing imaginative works that are accessible and illuminating, and that have become familiar to readers worldwide.

"Cairo writes, Beirut publishes, Baghdad reads" is an old Arabic saying that reflects an earlier literary culture before it was threatened by fundamentalism and all but extinguished by repressive governments. Recently, courageous writers have been exercising atrophied literary muscles again by taking on taboo topics of oppression, corruption, inequality, and women’s rights in a creative variety of narrative formats.

The five narratives in "Points of View" are a diverse sampling across geography, time, and culture. The voices they feature are not only those of Muslims, but also non-Muslims reflecting on the experience of living in Muslim-majority societies in all their diversity.  Although in no way an exhaustive collection, these books—like Muslim-majority societies—do not offer one story, but tell many stories and represent some of the best in contemporary storytelling.

Read an annotated bibliography of further resources for the Points of View theme.

For more on the Points of View theme… 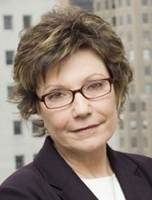 Deborah Amos' reports can be heard on NPR's award-winning Morning Edition, All Things Considered, and Weekend Edition. Amos joined NPR in 1977, first as a director and then a producer for Weekend All Things Considered. Amos joined ABC News in 1993 and spent a decade in television, reporting for ABC's Nightline and World News Tonight and the PBS programs NOW with Bill Moyers and Frontline. Upon returning to NPR, Amos took up the post of foreign correspondent in Amman, Jordan and then London Bureau Chief. Amos won widespread recognition for her coverage of the Gulf War in 1991. A year later, she published Lines in the Sand: Desert Storm and the Remaking of the Arab World (Simon and Schuster, 1992). She is a former Nieman Fellow at Harvard University, has taught journalism at Princeton University, and is a member of the Council on Foreign Relations. Her latest book is Eclipse of the Sunnis: Power, Exile, and Upheaval in the Middle East (PublicAffairs, 2010). She lives in New York City.