From the late New York Times journalist Anthony Shadid comes a chronicle of his quixotic efforts to restore his family’s ancestral home in Lebanon.  While House of Stone is a memorable tale of the ups and downs of house renovation, it is also a thoughtful meditation on the profound changes the Middle East has undergone in recent centuries. Shadid uses the history of his Christian family in Lebanon, the rise and decline of the Ottoman Empire, and accounts of life in Lebanon today to illustrate the diversity and difficulties of the region. Deeply personal, beautifully written, and intensively researched, House of Stone paints an unforgettable portrait of the people of Lebanon, their history, and their daily lives. 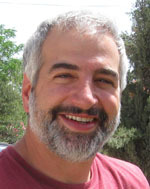 Anthony Shadid was a foreign correspondent for the New York Times based in Baghdad and Beirut. Of Lebanese descent, he was born in 1968 in Oklahoma City, Oklahoma, and graduated in 1990 from the University of Wisconsin, Madison. Before joining the New York Times, he wrote for the Boston Globe, the Associated Press, and the Washington Post. He won the Pulitzer Prize for International Reporting twice, in 2004 and 2010. He died covering the conflict in Syria, on February 16, 2012.