Pakistan was created as an independent nation in 1947, carved from predominantly Muslim regions in the east and west of India after British colonial rule ended on the Indian subcontinent. Ever since, Pakistan has struggled to be Islamic yet secular, and to create a sense of nationhood in a population of great cultural, ethnic, and economic diversity. In Broken Verses, Kamila Shamsie beautifully captures the promise of Pakistan and the country’s divisive political reality. Told through the eyes of a young television journalist working in the flourishing seaport of Karachi, the novel traces one family’s incredible experience of Pakistan from the 1970s to the present. Part mystery, part romance, and part coming-of-age tale, Broken Verses combines a compelling story with a larger meditation on the meaning of poetry, politics, religion, and Pakistan itself. 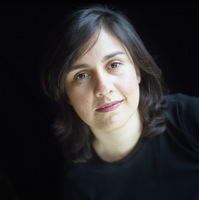 Pakistani novelist Kamila Shamsie has received numerous prizes for her work, including the Prime Minister's Award for Literature (2009) and the Patras Bokhari Award (2004), both presented by the Pakistan Academy of Letters. Shamsie lives in London and Karachi.