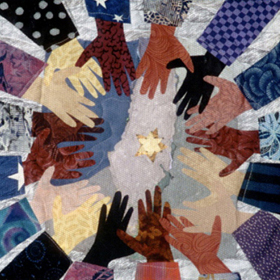 Prince Among Slaves: the True Story of an African Prince Sold into Slavery in the American South
by Terry Alford

The Columbia Sourcebook of Muslims in the United States
by Edward E. Curtis IV, editor

A Quiet Revolution: The Veil's Resurgence, from the Middle East to America
by Leila Ahmed

Although Muslims did not attain a sizable presence in the United States until the 1960s, they have been part of American history since colonial times. During the eighteenth and nineteenth centuries, tens of thousands of Muslims were captured in Africa and brought to America to be sold as slaves.  Through their religion, these Muslims fought both to survive slavery and to make sense of their new circumstances.

By the 1910s, an estimated 60,000 Muslims from South Asia, Eastern Europe, and the Middle East had immigrated to the United States, finding employment as factory workers, farmers, and merchants, and it was not long before they began rooting themselves in the United States by founding mosques and community centers. This was also a time when many black Americans converted to Islam; some would even form distinct movements in its name (e.g., the Nation of Islam).

History books often divide the world into a “modern West” and a “traditional Orient,” ignoring the history of Muslims in America. American Muslims’ stories fly in the face of that strict opposition of East and West.   By virtue of being both American and Muslim, the stories listed here draw attention to the ways people of varying religious, cultural, ethnic, and racial backgrounds interact with one another to shape and reshape their individual lives and American society.  As such, they open new vistas on the formation of Muslim and American identities in the modern world.

Read an annotated bibliography of further resources for the American Stories theme.

For more on the American Stories theme… 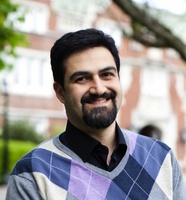 Kambiz GhaneaBassiri is an Associate Professor of Religion and Humanities at Reed College. He received his bachelor's degree in Religious Studies from Claremont McKenna College and completed his master's and doctoral degrees in Islamic Studies at Harvard University. GhaneaBassiri's scholarship stands at the intersection of religious studies, Islamic social and intellectual history, and American religious history. His most recent book, A History of Islam in America (Cambridge University Press 2010) traces the history of Muslim presence in the United States through colonial and antebellum America, through world wars and civil rights struggles, to the contemporary era. His work has been supported by fellowships from the Carnegie Scholars Program (2006-2008) and the Guggenheim Foundation (2012).