In this memoir, Eboo Patel relates his journey to faith-based activism with American youth. Patel, a native of the Chicago area who was born of Indian immigrants and raised in Glen Ellyn, Illinois, recounts the challenges he faced straddling multiple worlds, making the case that religion can play a constructive role in young people’s lives. His struggle is not one of choosing a Muslim identity over assimilation, but of discovering how to embrace difference. Founder of the Interfaith Youth Core, which involves youth of different religions in service projects, Patel seeks to chart a course toward genuine pluralism. He presents the work as a high-stakes effort to guide young people toward constructive social engagement, noting that extremism is an appealing alternative that some will take in the absence of authentic leadership. 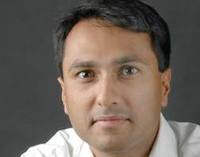 Eboo Patel is founder and executive director of the Interfaith Youth Core, an international nonprofit service organization. He was appointed by President Barack Obama to the Advisory Council of the White House Office of Faith-Based and Neighborhood Partnerships and serves on the Religious Advisory Committee of the Council on Foreign Relations. A Rhodes Scholar who holds a doctorate in the sociology of religion from Oxford University, Patel wrote "The Faith Divide" blog for the Washington Post and has also written for the Harvard Divinity School Bulletin, the Chicago Tribune, the Sunday Times of India, and National Public Radio.