This 1986 novel, originally published in French as Léon, l’Africain, is the imagined autobiography of real-life geographer, adventurer, and scholar Hasan al-Wassan (ca. 1494–ca. 1554), whose far-reaching travels in the sixteenth century were a precursor to the cultural interconnections we associate with modern globalization. After fleeing with his family from Granada to Fez, Morocco, to escape the Inquisition, Hasan made many commercial and diplomatic journeys. These took him throughout the Islamic Mediterranean, from North Africa to Arabia, and across the Sahara.  Captured by a Sicilian pirate, he was taken as a gift to Pope Leo X in Rome. There he acquired the Latin name by which he is best known in the West. The writings of Leo Africanus served for some 400 years as one of Europe’s principal sources of information about Africa and Islam. 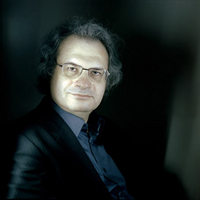 Born in Beirut in 1949, Amin Maalouf has lived in France since 1977. He started his career as a journalist, but with Leo Africanus he began creating literature that blended fact and fiction. Although his native language is Arabic, he writes in French, and his works have been translated into twenty languages. Among his other books are The Crusades Through Arab Eyes (1983) and Samarkand (1989).  He received the Prix Goncourt in 1993 for his novel The Rock of Tanios and was elected to the Académie française in 2011.