The stories of The Arabian Nights—stories within stories, and stories within stories within stories—are told in the voice of a beautiful young woman, Shahrazad, who will lose her life if the king loses interest in her nightly narratives. Collected over several centuries from a variety of sources in India, Persia, and Arabia, and ranging from adventure fantasies, amorous encounters, and animal fables to pointed Sufi tales, these stories provided daily entertainment in the medieval Islamic world, and still exert their presence today in literature and art, as well as everyday life. Over centuries of telling and retelling, the stories were modified to reflect the general life and customs of the Arab society that adapted them—a distinctive synthesis that marks the cultural and artistic history of Islam.

This edition of The Arabian Nights is the complete text of Muhsin Mahdi’s critical edition, translated into English by Husain Haddawy. 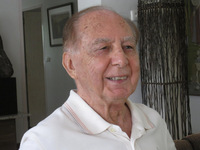 Muhsin Mahdi was an Iraqi-American scholar who received a doctorate in 1954 from the University of Chicago’s Oriental Institute; he taught Middle Eastern and Near Eastern languages and literature at the University of Chicago and Harvard University. He is best known for producing the first critical edition (in Arabic) of One Thousand and One Nights (1984), based on a fourteenth-century manuscript widely considered to be the most reliable Arabic source. Mahdi died in 2007. A native of Baghdad, Husain Haddawy is an art critic and retired teacher of English and comparative literature who taught at several U.S. universities.