To the world’s 1.5 billion Muslims, the founder of their faith, the Prophet Muhammad, is history’s most significant figure. Born in 570 CE in the city of Mecca, on the Arabian Peninsula, Muhammad underwent a series of mystical experiences, believed by Muslims to be revelations from the archangel Gabriel. The holy book of Islam, the Qur’an, is a compilation of these revelations, and is thus regarded by Muslims as divinely inspired.  In a “very short” study, Jonathan A. C. Brown analyzes the Prophet’s life and his place in Islamic scholarship (siras) and traditions (sunnah). Brown also explains some of the different interpretations of Muhammad’s life within Islamic and Western thought. 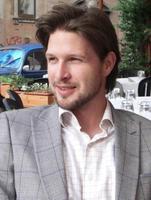 Jonathan A.C. Brown is Associate Professor of Islamic Studies and Muslim-Christian Understanding, and Associate Director of the Prince Alwaleed Bin Talal Center for Muslim-Christian Understanding. He holds a doctorate in Near Eastern languages and civilizations from the University of Chicago. Brown has done research in the Middle East, Indonesia, and India, and is a term member of the Council on Foreign Relations. He has published widely on the history of religion, Muhammad, and Islamic law and culture. He is editor in chief of the Oxford Encyclopedia of Islamic Law.